Want to know what you're creating? Look where your attention is? 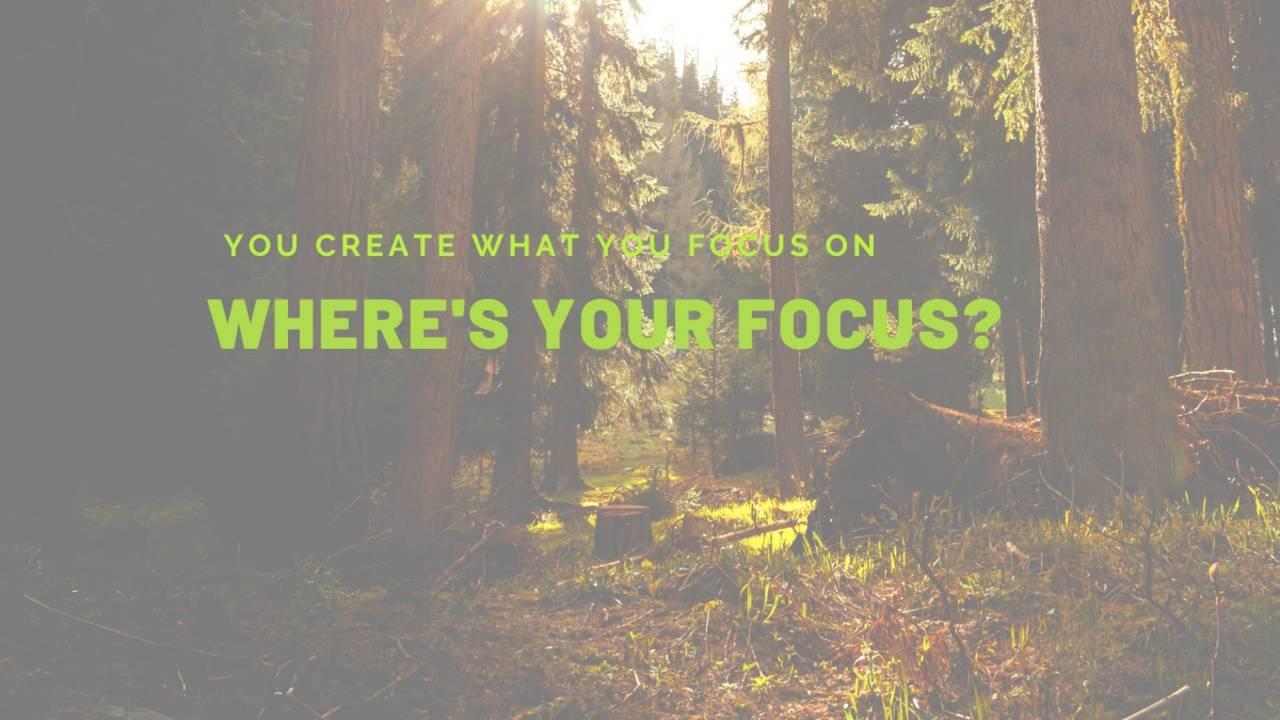 "Might be a good idea to put your phone away" I suggested to Mr 15 year old.

Prophetic words as we tramped up our local mountain.

Duh! Of course 15 year olds can multitask - play games on their phone while walking and keeping an eye out for tree roots.

"Better put my phone away" was the response after Mr 15 year old tripped on a root he hadn't seen.

It's a bit like texting and driving I replied. You don't know what you're not seeing until its too late.  It certainly got the boys focusing on the walk.

Anyway it got me thinking.  Where in your life are you thinking you're heading, but actually you're concentrating on something else?

I've seen it happen time and time again with people (myself included).

I've seen an awesome therapist say she wants a thriving practice.  But rather than focus on  succeeding and the difference she can make to other peoples lives, her focus is actually on her fear.   A fear she's embarrassed to admit:   What if I'm not good enough?  I don't feel ready?  What if people come and I don't know what to do?   What if I can't give them what they need?  No-one would want to come and see me?   (This from a therapist I've witnessed do amazing work).   She  created from the fear rather than the success or impact she could have had.

A person I was talking to recently has just finished training and was struggling to get work in her field.   She wondered if she needed post graduate study (but didn't really want to do it).    She was still thinking of herself in training and perceived herself to be unqualified to do the work (which was only a belief and not reality - she's highly sought after).   Her mindset was on being under qualified and not good enough and so she was creating that in her reality.

Sometimes we don't see the undercurrent of our beliefs running through us and then wonder why things show up in our reality.

Such as a client who came because her business was struggling.   She worked long hours, her business was really busy yet she was struggling to pay her bills. Underneath it all,  she felt unworthy,  that she had do work really hard to help people so that they would like her and she had to buy her love.   The end result being she was giving her services for free or undercharging, and had attracted customers that were taking advantage of her.

Or the person who couldn't sell his business.   He believed selling the business meant he was cutting ties to his family.   When we transformed this to the idea that he could connect with his family regardless of his work,  he got an offer the next day for his business.

If you are finding your reality is different to one you would really like, I invite you to start looking at what your focus is really on.   You might have to be honest with yourself and think a little outside the square to catch what you are doing.  You might be so used to it that you are unaware of what you are really focusing on.

Noticing where your energy is going, how you feel after certain comments or thoughts might be a good place to start.

Much Love to you

Oh, and by the way, the trip was magical.   Weather was great.  We got a bed in the hut.   Met some lovely people.  The teenagers are planning another trip with more friends.  And I'm suitably tired and off for an early night.

Stay connected with news and updates!

Join our mailing list to receive the latest news and updates from our team.
Don't worry, your information will not be shared.

What can change when you bring your Presence in nature?
nature presence
Jun 29, 2020
How to grab your courage and start something new May 24, 2020
How to feel powerful and worthy when your world shifts around you. Mar 30, 2020

Stay connected with news and updates!

ask yourself this one question to get out of a funk

being the best version of you

bring the feeling of holidays to session work

can i use the grounding technique with children? absolutely

do what you really want

ground yourself with love

make a difference in the world

self love and the collective conscious

stop the internal critic once and for all

transform thinking with your fingertips